Tips For Winning a Bingo Game 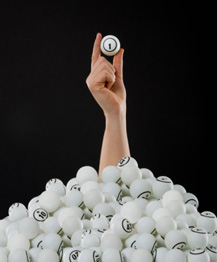 The game of bingo really does have a significant element of luck to it since the number/letter drawings are indeed random. Nevertheless, bingo playing lovers can certainly take a few measures and increase their odds at winning the beloved game of many. If seeking tips for winning a bingo game, there are plenty of tips that one can implement which make for better bingo gaming in general. Of course, we are not talking about good luck charms or magical thinking here, which will certainly deliver an element of psychological comfort, but will have little influence on the outcome of the game. In fact, there are more sensible strategies that bingo players can implement if they desire to increase their winning opportunities.

Other tips for winning a bingo game include the bingo gamer's attendance. In terms of bingo event attendance, bingo players will want to engage in gaming when the crowd is not so big, or on slower evenings. Usually, bingo playing fans will find that Mondays through Thursdays, the crowds in bingo halls and other bingo offering locations are not as busy because they are attending the hall during a weeknight. Weekends attract more bingo players; more players mean fewer opportunities to win bingo because there are more players. 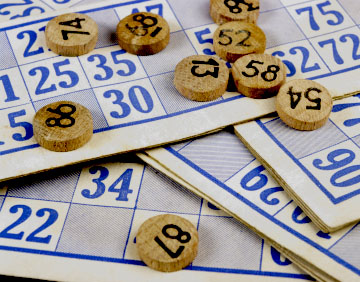 Some of the best tips for winning a bingo game are identified in how one monitors his or her bingo cards. If the bingo player is utilizing a dauber to mark cards for example, the tool should be used delicately so that the marking does not bleed onto other numbers on the card: this makes tracking numbers called far easier. In addition, bingo game fans should always ensure they have some tape with them for special, single strip bingo game offers; taping the strips together on the backing of the strips makes it easier for the bingo player to daub the strips later.

While tips for winning a bingo game are in abundance, there are other tips which bingo players can implement for a better atmosphere while playing bingo. There is some etiquette that bingo players should maintain when playing bingo as well. This will ensure that games are operated more smoothly and that the atmosphere remains conducive to having a good time while bingo playing. Bingo players should be considerate of other players, should refrain from shouting out numbers to avoid confusing other players, should be willing to share a little of their winnings from time to time by offering other players a couple of complimentary cards, and if a player loses, the player should remember to maintain a certain sense of integrity while playing.